The Dinghui Road meditation method is a series of effective meditation methods gradually found out by the saint-seekers based on the ancient Buddhist classics spread in Sri Lanka. The disciples benefited this disciple. According to the teaching records of Master Zhiguang’s meditation class, they were compiled into a book named “The Road to Dinghui”. After being edited and supplemented by the master, it became the fundamental law of this law and its inheritance.

The method of Dinghui Road is from shallow to deep. Its practice guidance is as follows:

The route of Ding Huizhi is clear, and the outlook is double. The evidence can be checked and verified, and it provides an efficient practice route verified by previous generations for Buddhist practitioners and explorers. 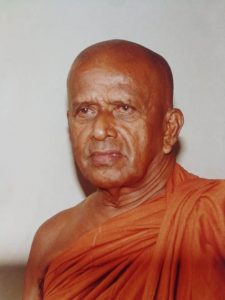 Venerable Amatha Gavesi is the founder of Devanapati Samatha Vipassana Meditation Centre on the outskirts of the ancient capital of Kandy, Sri Lanka. Its meditation tradition can be traced back to the two Arahants who came to Sri Lanka in the third century BC, that is, a pair of children of the peacock dynasty Ashoka, Mahinda Picchu and Sangami Da Pichoni. His Holiness was born in 1918, died on June 11, 2003, and lives 85 years. He has been invited to guide meditation in the United States, Australia, and Malaysia several times. In 1992, His Holiness went to Singapore to teach meditation under the invitation of Master Zhiguang. 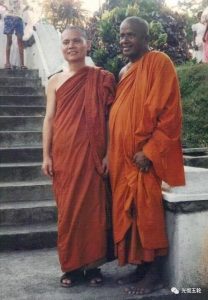 Master Zhiguang inherited this tradition. From 1996 to 2007, he spread widely in China and opened meditation classes in various places. A lot of monks at home benefited from this method. Afterwards, Master Zhiguang returned to Singapore to concentrate on interpreting the Scriptures. The Dharma Path of Dinghui was authorized by his Master to be widely transmitted in the country.

Inspirational Wisdom Road Chan Seven , generally is 1 0 days or 1 in the form of a continuous four days of intensive meditation , discard the outer edge , as one specializing gram of evidence . There are some disciples of Master Zhiguang in Hongzhuan all over the country . If readers are interested in participating in this meditation , you can add our QQ group to understand or search the relevant news on the Internet .